One of the things I’ve been working on since I started at Nutanix is the Nutanix documentation script. Luckily there already is an PowerShell framework to document AD, DHCP but also XenApp, XenDesktop and PVS for instance.

And with the current release of NOS 4.1.1 and Barry Schiffer’ NetScaler Documentation script I figured it would be a good idea to do the same thing for the Nutanix solution. The Nutanix management interface (PRISM) is a very powerful tool to get all information in a general overview:

This interface will give you access to both the REST API and the PowerShell CMDlets and these PoSH cmdlets are very useful and well written so I could easily use them in the base script. I wanted to thank both authors of the framework:

What’s currently in the script

The script is easy to use with just 3 mandatory parameters:

This will give you a word document which is (by default) called ‘Nutanix Documentation Script’ in the directory where you run the script.

If you want to incorporate all non resolved alerts and events the syntax would be:

On the machine you’d be running the script on you need:

The script should be started from the Nutanix CMDlets as this cmdlet icon will automatically load the appropriate commands.

The Nutanix CMDlets can be installed from the PRISM interface: 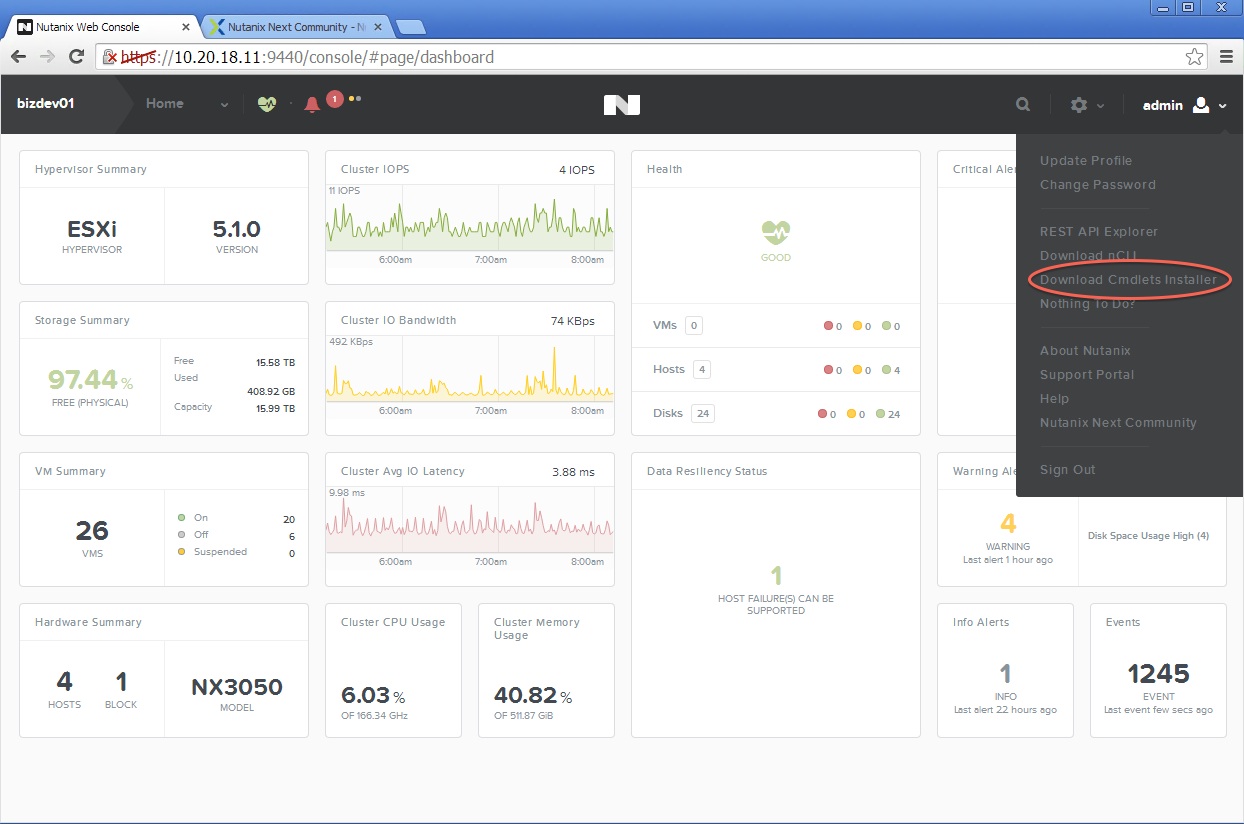 This version of the script will gather and format the following information:

For the next versions of the script I’m looking at the following enhancements:

The Nutanix documentation script version 1 can be downloaded here: http://carlwebster.com/downloads/download-info/nutanix/

If you have any questions about the scripts or possible feature requests/improvements please don’t hesitate to leave a comment!

As requested some screenshots from the output of the script from my lab environment:

[Show as slideshow]
The following two tabs change content below.