During one of my projects we had to do a print migration of +500 printers and as this could become a repeating task during other migrations we decided to use RES Automation Manager to get this done. Because the old print server was a Windows Server 2003 and the new print server is a Windows Server 2008 R2 we couldn’t do an export/import. I listed  all printers in the following format:

I used the following scripts to get this information:

Because I’m using DNS names to configure ports I used the script from  Eric Wright to add all DNS records into the DNS based on this CSV file: Update Microsoft DNS records with PowerShell and DNSCMD

So I got the information I needed in this CSV file so I can create a new job in RES Automation Manager to create the printers based on this information:

I’ve created different tasks in one module on which I configured to contintue on error. In this task I used parameters for the following fields: 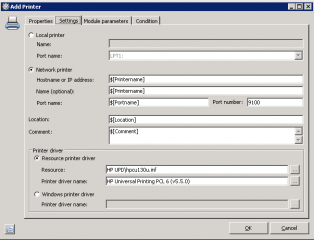 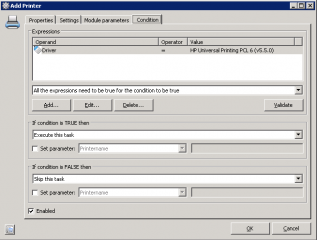